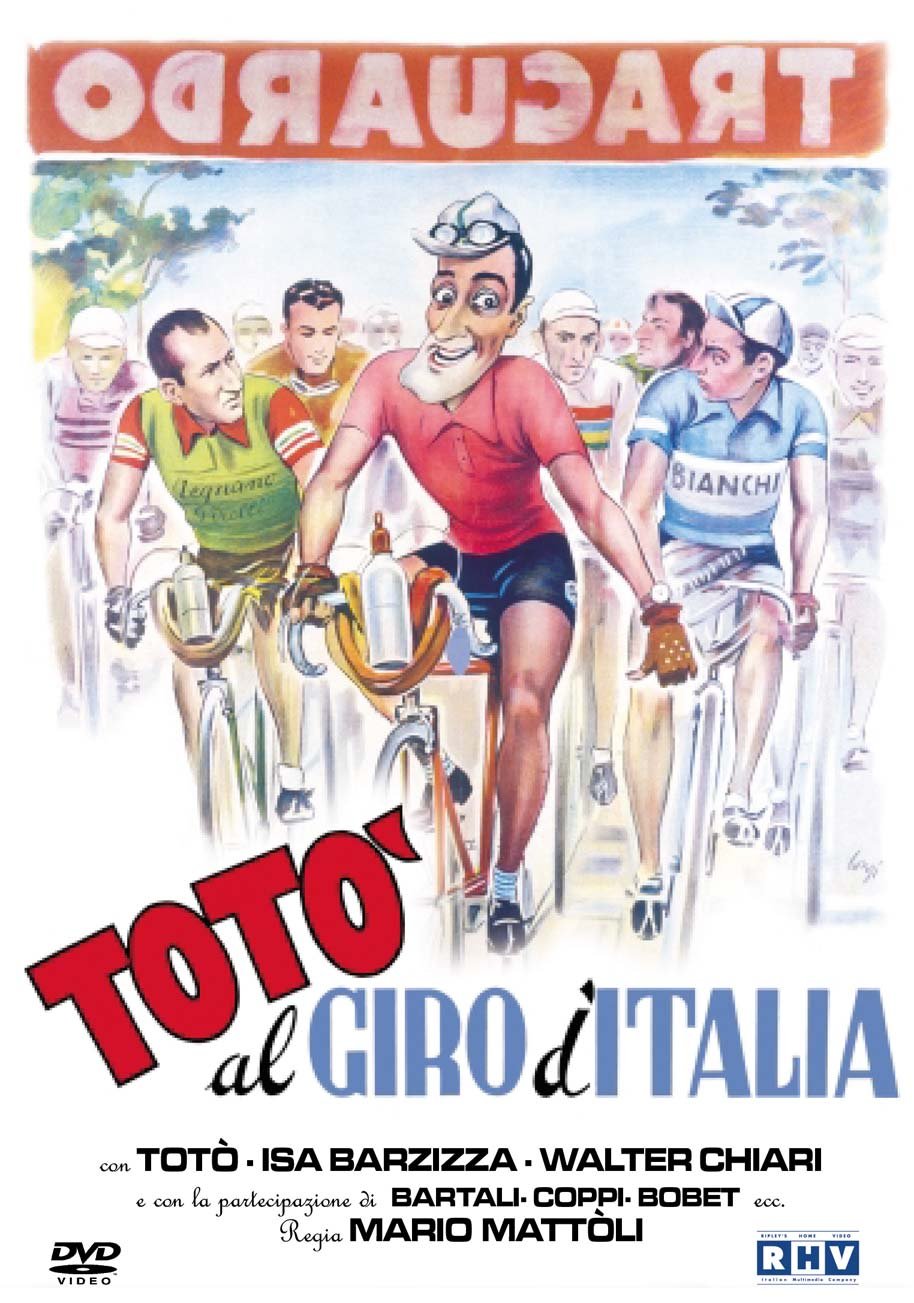 In 1948 Fausto Coppi took part in the film Totò al Giro d’Italia by Mario Mattoli, with the actors Totò, Isa Barzizza, Walter Chiari, Mario Riva and Mario Castellani. The film is the only one dedicated to the most prestigious Italian cycling race in the world. Other sports champions from different disciplines take part to the movie: Giacomo Di Segni (boxer), Giuseppe Tosi (discobolus), Amos Matteucci (javelin player), the racing driver Tazio Nuvolari, and many cycling champions: Gino
Bartali, Louison Bobet, Ferdy Kubler, Fiorenzo Magni, Briek Schotte, Vito Ortelli, Giordano Cottur and Mario Ricci. 1948 is the year of the first political elections of Republican Italy and the country is divided into two main camps: the Christian Democrats Party (Democrazia cristiana) and the Popular Front, communist and socialist parties (Partico comunista e Partito socialista). In the film the two sides are reflected in the division of fans for the two cycling champions: Bartali as the champion of Catholics and Coppi for the other side.The figure of Fausto Coppi, already known for his sporting achievements through the radio and the press, thus finds greater and lasting visibility in the film, which allows him to reach a wider audience. The film is an important historical document for its ability to point out social aspects of the era in which it was produced. The movie reflects how cycling and its champions entered the collective imagination of post-war Italian audiences.

A Creative Commons Attribution 4.0 (CC BY 4.0) license applies to all contents published in Storia dello Sport. Authors retain full and permanent ownership of their work.